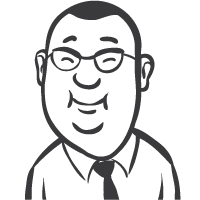 Periodontal disease is an infection that attacks the gums and bones that support your teeth. While thought at one time to be confined to the mouth, researchers have found that it may be a a related risk factor for several other serious health conditions.

It was previously thought that periodontal disease was a consequence of diabetes. Diabetics, especially those whose disease is not under control, have a greater risk of infection overall. Research now shows that severe periodontal disease may cause an increase in blood sugar levels. When the blood sugar levels remain high for long periods of time, it puts diabetics at risk for other complications.

The relationship between heart disease and periodontal disease is supported by the results of several studies. While the relationship between the two is not yet known, it is known that periodontal disease can exacerbate conditions such as infective endocarditis. Be sure to tell your dentist if you have heart disease so he can determine if you need antibiotics prior to having dental procedures performed.

In one study, patients who suffer ischemic strokes caused by a sudden loss of blood circulation to the brain also were more likely to also have oral infections.

Research has shown a relationship between gum disease and cancer. Men with periodontal disease are at a far greater risk for developing blood cancers, cancer of the kidney and pancreatic cancer.

Studies suggest that bacteria involved in gum disease can become blood borne and infect a developing fetus. The gram-negative bacteria responsible for gum disease release  endotoxins that may cause premature and low-birth-weight babies.

Research studies show that the bacteria responsible for periodontal disease can be related to certain respiratory illnesses. When aspirated into the lungs, these bacteria can worsen chronic obstructive pulmonary disease (COPD) and may actually be a contributing cause of emphysema, bronchitis and pneumonia. This is especially dangerous in those with weakened immune systems.

Gum disease isn't just about your teeth anymore. Research studies have shown that periodontal disease can be a contributing factor in debilitating illnesses such as diabetes, heart disease, stroke and even cancer. The bacteria responsible for oral infection can also enter the blood stream, worsening or causing respiratory disease and contributing to premature birth and low birth weight. If you have red, inflamed gums, see your dentist as soon as possible so he can stop the infection before it negatively affects your health.

Talk to a local dental clinic, such as Apollo Dental Center, for more tips and information.